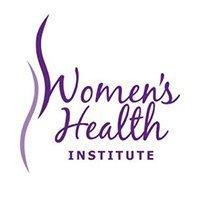 Dr. Larry Overcash and Erin Overcash WHNP serve the residents in Peoria, Illinois and the surrounding neighborhoods. They specialize in all facets of women’s healthcare, including the treatment of fibroid and ovarian cysts. The staff at their facility, Women’s Health Institute, work diligently to offer the best care possible to women of all ages.

What Are the Different Types of Ovarian Cysts?

Several different types of ovarian cysts exist, including dermoid cysts, cystadenomas, polycystic ovaries and cysts associated with endometriosis. Follicle cysts and corpus luteum cysts are also common. Most cysts are benign and filled with blood or other fluid. Many dissolve on their own and are often gone before they are even detected. Individuals with polycystic ovarian syndrome have cysts that continue to appear over time. To determine what type of cyst is present, doctors have various diagnostic tools at their disposal, such as ultrasound machines that can show them the size, shape and consistency of the cyst, which also allow them to determine the nature of the cyst without having to perform surgery.

Most ovarian cysts are benign. Cysts associated with endometriosis are filled with endometrial tissue, while cystadenomas are filled with fluid and are made up of the ovary’s own surface cells. Polycystic ovaries are small sacs that begin to fill with fluid and tissue if the follicle that releases the egg refuses to open. Ovarian tumors can develop, and some are malignant or cancerous. Doctors can use ultrasounds and other diagnostic tools to determine if the cyst or tumor should be further biopsied and eventually removed.

What Are the Symptoms?

Ovarian cysts have few symptoms. One of the body’s many silent killers, ovarian cysts and tumors can go undetected for months or even years without causing symptoms of any kind. Most ovarian cysts are discovered by doctors during a woman’s yearly pelvic exam. What symptoms do appear are generally minor and do not draw much attention. Women who have reported symptoms claim to have felt tenderness in the abdomen, swelling or bloating in the area, excessive cramping during their menstrual cycles and during sexual intercourse. Fluid-filled cysts have been known to rupture, causing a warm feeling throughout the area, but little pain or tenderness.

We accept several insurance plans from many different providers. If you do not see your provider listed here, please give us a call and we will let you know if you are covered.

Words from our patients